There are a lot of athletes out there who have triumphed over the physical obstacles they faced to achieve great things in their sport. They have succeeded despite the many challenges life has thrown at them and established records that will serve to motivate future generations.

Some of these athletes were born with conditions that caused them to miss limbs. Others were involved in accidents that left them paralyzed or with other ailments. Despite this, they could do everything they had set their minds to.

They were not hindered in any way by their impairment. They were able to triumph over these challenges and transform themselves into some of the most accomplished athletes in the world. They have inspired pride in us with their perseverance and their performance.

Some have won IPC swimming world championships, and others are the world’s fastest amputee triathletes.

Athletes with disabilities, such as those with intellectual, physical, or visual impairments, can participate in a sport called para-athletics, which adapts to conventional athletics. The main game guidelines were derived from those designed for athletes of average physical ability.

In each event, athletes compete against one another using the disability classification that best fits them. Some competitors need wheelchairs; some participate while armed with prosthetics, while sighted guides accompany those who are blind or visually challenged.

In 1952, at the Mandeville Games, which veterans of World War II organized, the very first tournament in the sport of para-athletics took place.

The inaugural IPC Athletics World Championships were held in Berlin, Germany, in 1994. The sport made its debut at the Summer Paralympics in 1960. It has always drawn a significant number of spectators.

Moving forward, we will look at the most famous athletes with disabilities participating in Para Athletics. 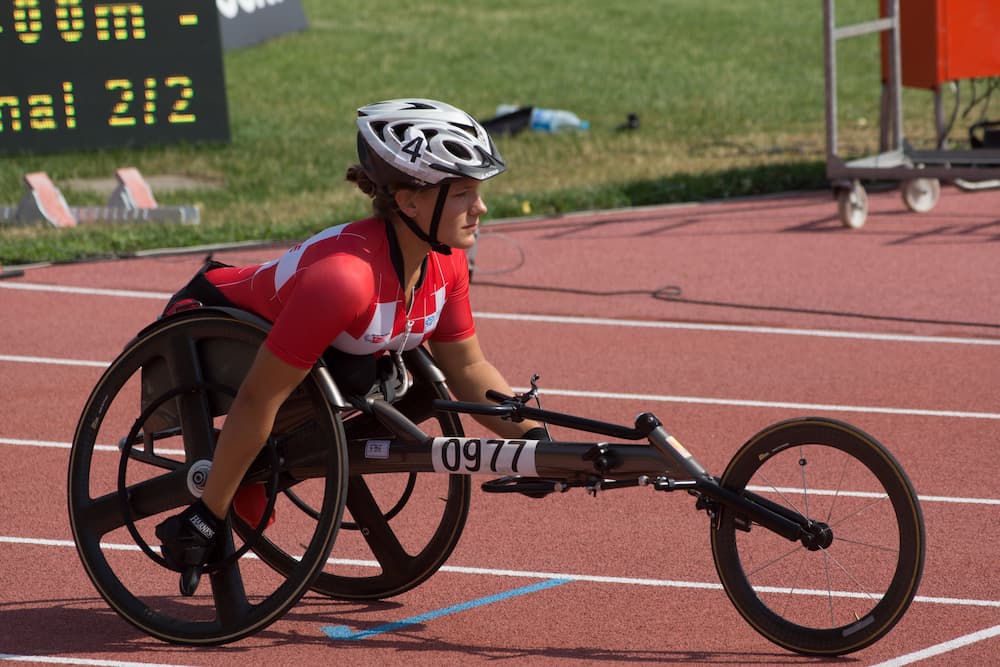 Swiss athlete and teacher Catherine Debrunner was born on April 11, 1995. She won multiple gold medals. She represented Switzerland in the 2019 World Para Athletics Championships, where she won two gold and one silver medals. 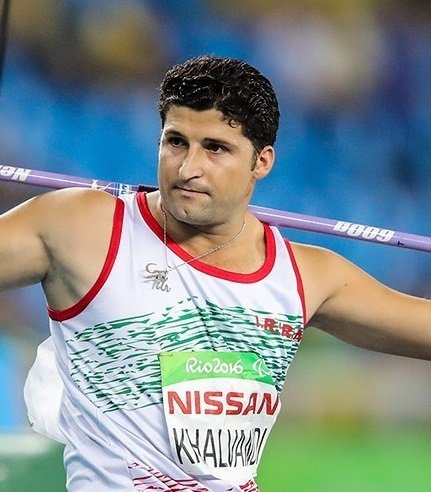 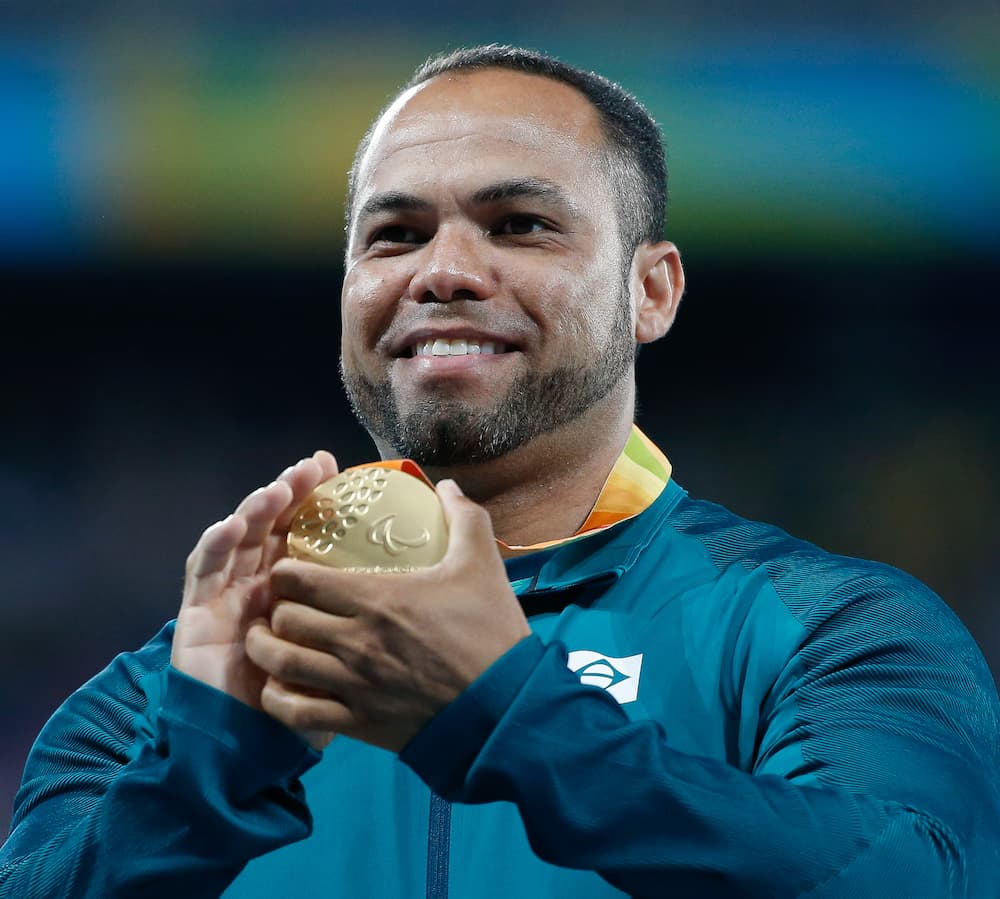 Brazilian thrower Claudiney Batista dos Santos (born November 13, 1978) competes in the F57/T57 category in the Paralympics. He competed in both the javelin and discus events at the Paralympics, and he came away with a silver medal in 2012 for his javelin throw and a gold medal for his discus throw at the 2016 Rio Games.

Badminton is considered a sport for everyone since both men and women of any age can participate in it, and people with a diverse variety of physical limitations.

The sport of para-badminton was introduced at the Tokyo 2020 Paralympic Games and is now officially recognized as a sport that can be competed in at the Paralympics.

The Badminton International Federation (BWF) is recognized as the world governing organization for Para badminton by the International Paralympic Committee (IPC).

Athletes participate in para-badminton play in men’s and women’s singles, men’s and women’s doubles, and mixed doubles. The athletes are each placed into one of six distinct sports classes to guarantee fair competition.

Let’s look at the top para-badminton athletes who made world records. 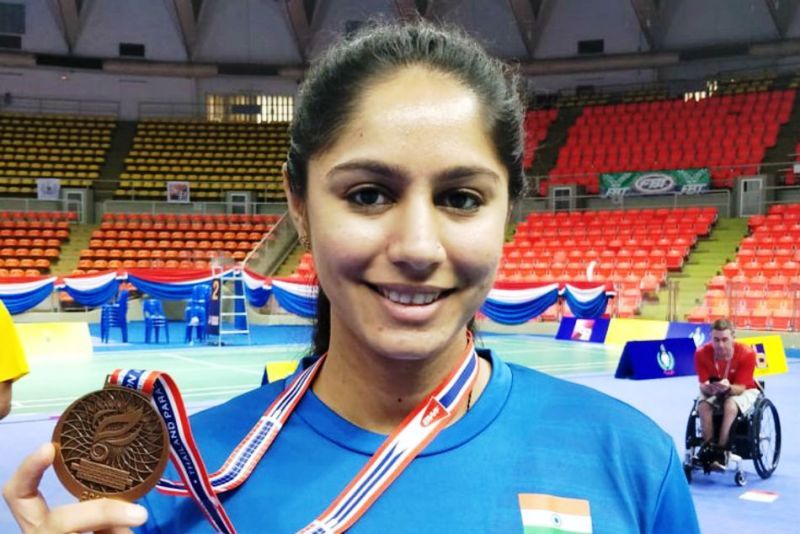 Currently, the World Champion in para-badminton, Manasi Girishchandra Joshi (born June 11, 1989), is a game-changer for the sport in India. She had her left leg amputated.

She began her career as a professional athlete in 2015, and by 2020 she was rated second in the world for women’s SL3 singles. On March 8, 2022, she reached the top of the SL3 women’s singles world rankings. Despite her disability, she set many world records. 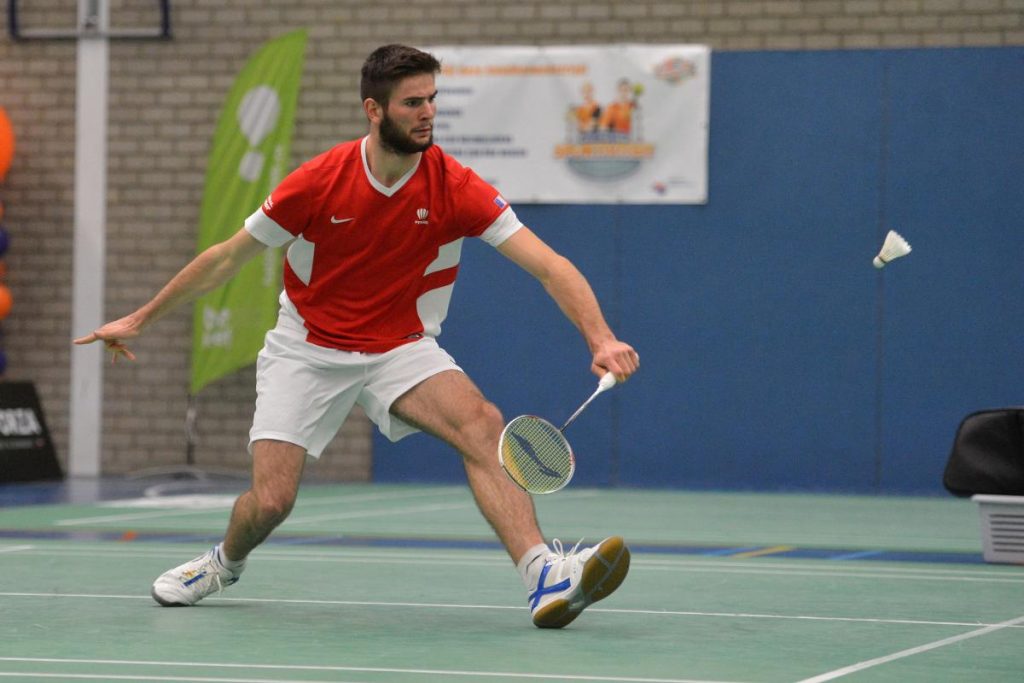 The French para-badminton player Lucas Mazur was born on November 18, 1997, and has competed internationally. He won several gold medals. 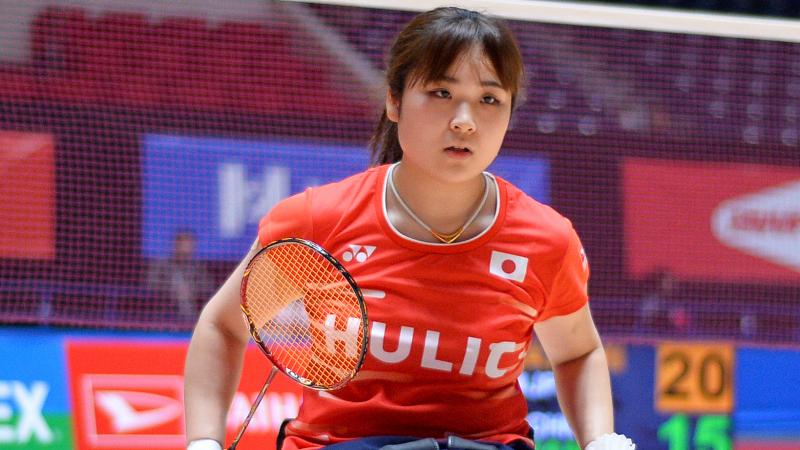 Para-badminton player Sarina Satomi represents Japan at the highest levels of competition across the world. At the 2020 Summer Paralympics, she won two gold medals: one in women’s WH1 singles and another in women’s WH1-WH2 doubles. She has won the World Championship in women’s singles and the World Bronze Medal in doubles with Yuma Yamazaki. She is also among the best female athlete with a disability.

Athletes with disabilities such as cerebral palsy, spinal injuries, amputations, and vision impairments can participate in the Paralympic sport of para-alpine skiing, an adaption of alpine skiing.

Slalom, giant slalom, downhill, super-G, and super combined are the five primary disciplines that make up the sport and several team events.

When skiing down slopes, athletes mix speed and agility to attain speeds of around 100 kilometers per hour (km/h). Sighted guides accompany skiers with visual impairments as they make their way through the course. 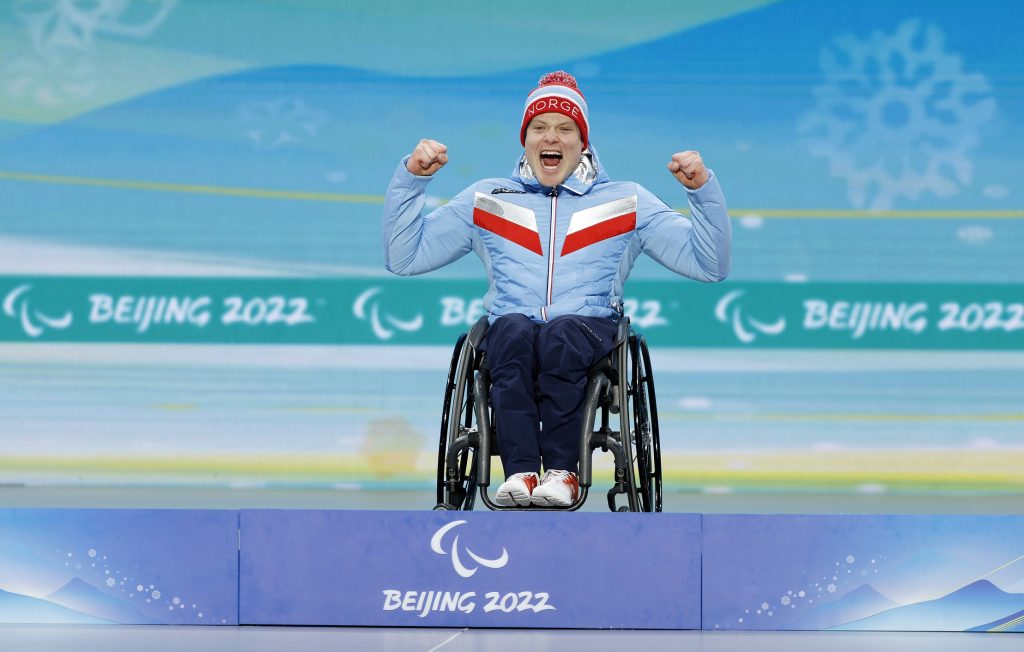 Para-alpine skier Jesper Saltvik Pedersen was born on August 23, 1999. He has won six medals in the Winter Paralympics, including four gold medals. He is the best male athlete with a disability. 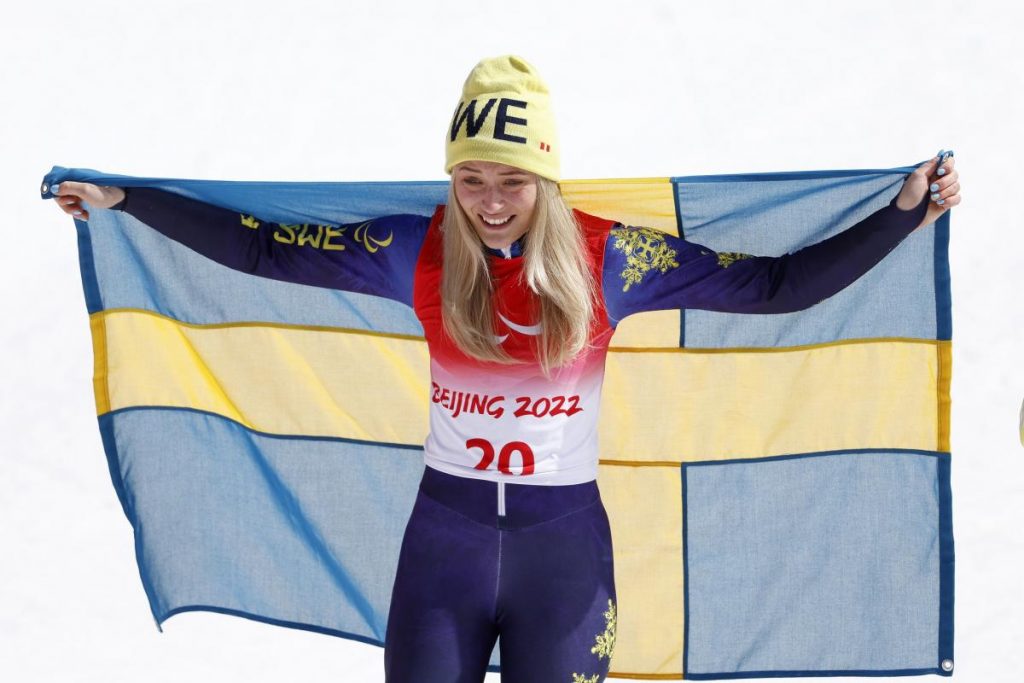 Ebba Aarsjoe, born in Sweden on January 12, 2001, is a para-alpine skier who participated in the 2022 Winter Paralympics. Ebba Aarsjoe competed in the slalom and parallel events at the 2021 World Para Snow Sports Championships, where she took home gold in both.

Para archery is a sport for those with physical or visual disabilities.

Targets, competition structure, and matchplay are all the same as in target and indoor archery. Para archery has several categories: recurve, compound, W1 (severely disabled athletes), and VI (for visually impaired) opponents.

Para archers frequently employ adaptive equipment to help them compete, such as draw or release assistance, mouth tabs, and wheelchairs. Classified athletes may use their assistance gadgets to compete in target archery competitions alongside non-disabled athletes. 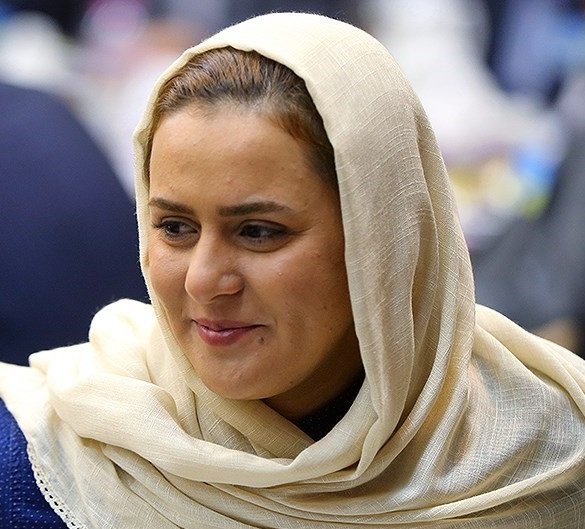 A paralympic and Olympic archer for Iran, Zahra Nemati was born on April 30, 1985. She was a taekwondo competitor before her paralysis. She came home with a gold medal for her efforts as an individual and a bronze for her team at the 2012 Summer Paralympics.

Being a female athlete, she carried the flag for her country at the 2016 Summer Olympics and the rescheduled 2020 Summer Paralympics in Tokyo. Indeed, she is a courageous athlete and has made record-breaking achievements. 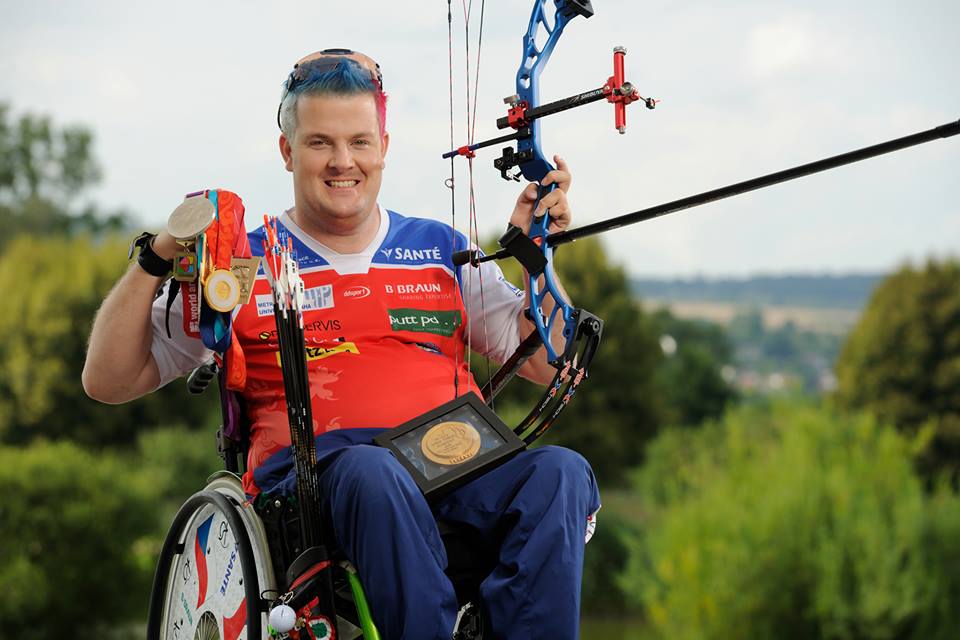 Internationally, David Drahoninsky of the Czech Republic competes as a W1 para archer. He won gold medals in both the Beijing 2008 and Tokyo 2020 Paralympics. He is enthusiastic and well-known for his hair dying and for proposing to his girlfriend in the stadium after his final in Rio 2016. David has been paralyzed since he fell over a balcony as a teenager. He is a para archery project director in Prague and an athlete. 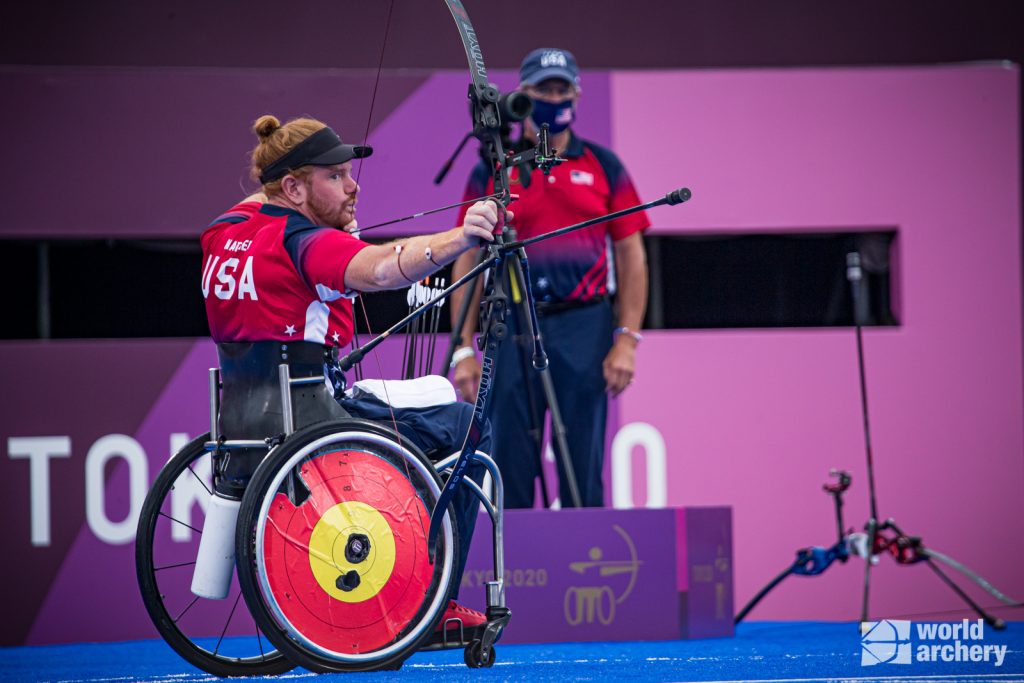 Kevin Mather, born on August 25, 1982, is a Paralympic archer and former para-alpine skier from the United States. At the Tokyo Summer Paralympics in 2020, he competed in the individual men’s recurve open and earned the gold medal.

It’s generally accepted that physical disability is the opposite of health and wellness. Many people with impairments have disproved this belief by becoming successful athletes. Participation in sports like major league baseball has been linked to excellent health and wellness.

Among the hundreds of thousands of athletes (some formerly played in teams like the New York Yankees) who have overcome enormous physical odds by only thinking positively, we had a look at some of them in this article.

Facebook
Twitter
LinkedIn
PreviousEasy Travel for Everyone: A Guide to Public Accessible Transportation
NextTop 10 Most Accessible Cities in the US Andleeb Asghar holds a “Pharm-D” degree from Lahore College for Women University, Lahore. She is an official Registered Pharmacist (RPh) in Punjab, Pakistan. She has also got a “Master of Philosophy” degree from the University of Animal and Veterinary Sciences, Lahore. Andleeb has worked in various practice settings as a clinical Pharmacist and has a wide range of experience. She has also served as a distinguished guest speaker at various local hospitals and high-profile organizations. She has been writing medical and health-related content for the past five years for different reputable companies. She is passionate about serving others by crafting information and helpful pieces for her readers.